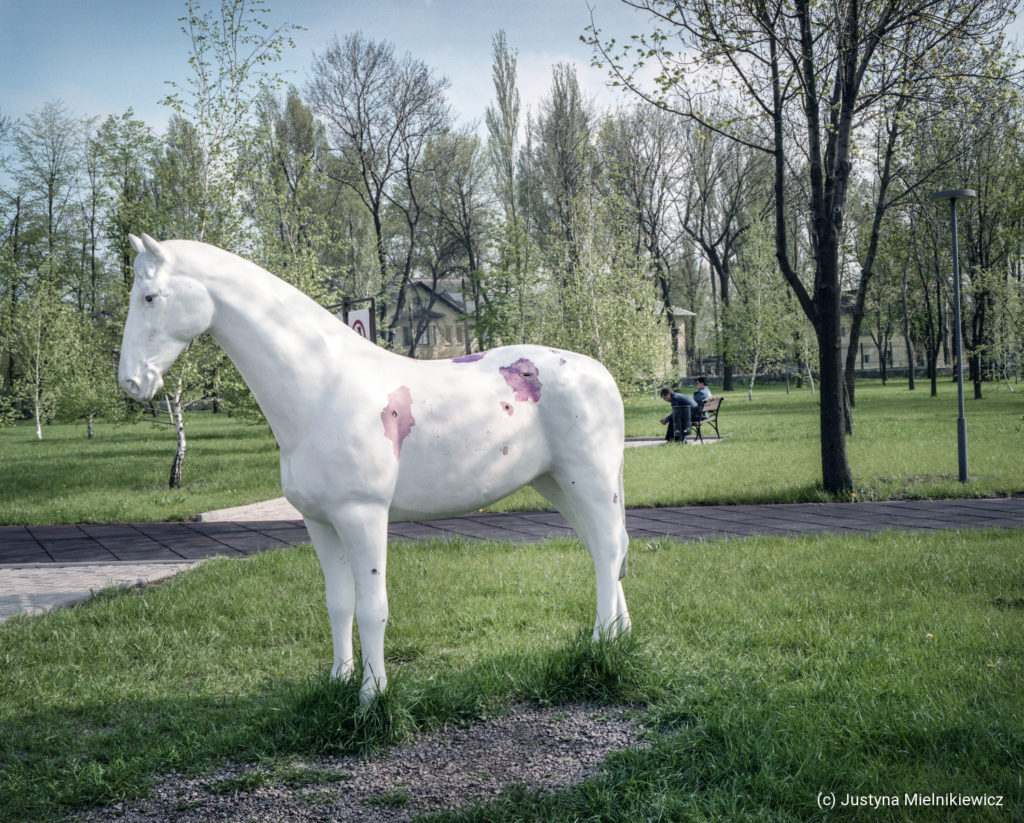 May 2015, Perovka / Donetsk, Sculpture of the Horse with bullet holes in it stands in the Park and Sport Complex in Petrovka District of Donetsk on the very far edge of Rebel Controlled Territory. Later in May fierce battle took place where pro-Russian rebels tried to take over Marinka located near by.