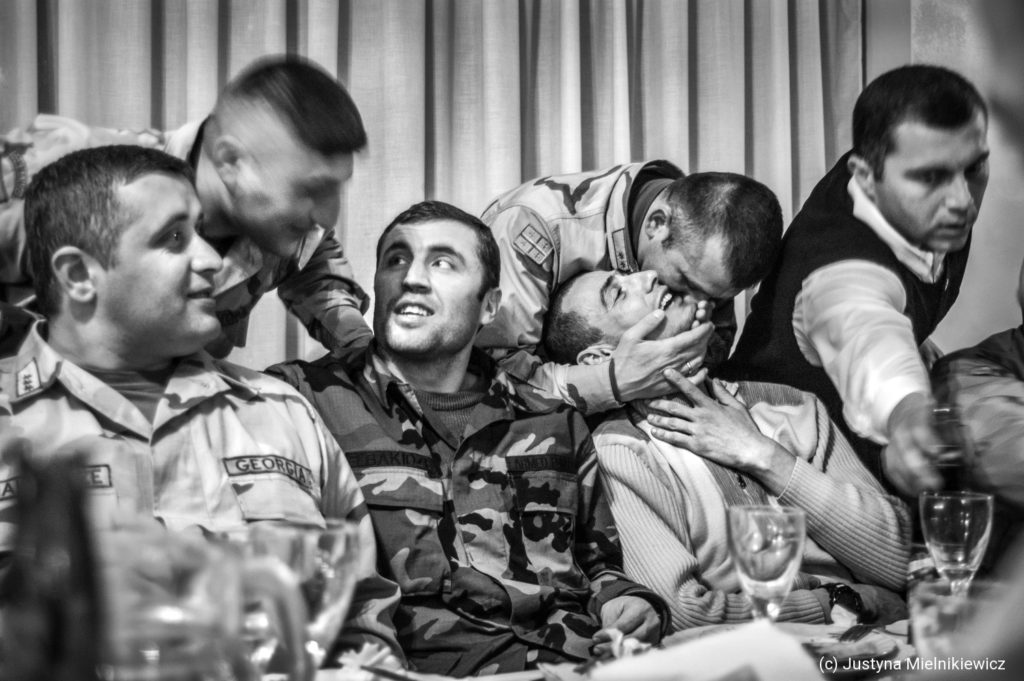 Farewell party for Georgian soldiers deployed to Iraq. Georgia joined the Iraq war as part of the United States-led coalition in August 2003 and with the aim to join NATO in the future. By 2008, Georgia had deployed 2,300 troops in Iraq, becoming the third largest contributor to the coalition forces. 2005, Tbilisi, Georgia.